THE HISTORY OF CHURCHES & SCHOOLS IN HORWICH

On 9th March 2016, 'Looking Back' published an article by Horwich Heritage explaining how the Society had embarked on a major project to chronicle the history of every Church & School in Horwich.

Lots of interesting material has been collected during the past 6 months and the project is now moving towards its conclusion with an Open Day & Exhibition launch on Saturday 13th August 10am - 1pm at the Horwich Heritage Centre. The exhibition will then run for the next 3 months with opening hours 2 - 4pm on weekdays and 10am - 12.30pm on Saturdays.

A Church/Chapel (now Holy Trinity Parish Church) has stood in the centre of Horwich since 1552 and the earliest school (excluding Rivington), built next to the Parish Church, dates from 1793. The growth of churches and schools has mirrored the growth of the town. As mentioned in our recent Looking Back article on Wallsuches & the Club Houses, Horwich was a hamlet of only 300 people until the Ridgways began building their bleachworks in 1777 and it was they who built the first school (1793) as the population rose quickly to 3000. But that increase was eclipsed 100 years later when the Lancashire & Yorkshire Railway Company chose Horwich as the site for their new Locomotive Works (1884). As the population grew from 3,000 to 12,000 in only 10 years a major building programme of churches & schools was necessary to meet the demands of the new residents and it is from this period (100 years ago) that most of the Churches & Schools in Horwich date.

As we are only too aware, nothing stays the same in terms of religious observance and educational practice & requirements. Increasingly older premises (and not so old premises) are being swept away and with them the fund of memories that were created there. That is why it is so important to document these changes whilst those who remember them are still around. In Horwich in the last 50 years there have been significant reductions in the number of Non - Conformist Churches with the loss of Victoria, Fall Birch & Brunswick Methodist Churches (and only last week Horwich Moor Methodist Chapel closed after 147 years) whilst the number of URC (formerly Congregational & & Presbyterian) Churches has also reduced and the Baptists & Unitarians have gone. Schools have also been in a state of flux. In recent years St Catherine's Primary School has been rebuilt on a site near to the original and Chorley New Road Infants School has been demolished. However, some of the Primary Schools dating back over 100 years to the coming of the Railway Works and before still remain: Lord Street, St Mary's RC, Chorley New Road (which is shortly to be replaced with a new building on an adjacent site) and Horwich Parish CE (current premises dating from 1833).

We all believe in progress, and change is generally for the better, but as we get older it difficult not to be nostalgic for sermons, church walks, rose queens, pantomimes & bazaars or even for cross country running, semolina pudding or the cane! We at Horwich Heritage now have a rich archive of Church & School material which we would like to share with the people of Horwich of all ages. Why not come and share it with us? We have some remarkable items like school log books dating from the 1870s, punishment books dating right up to the 1970s, beautifully-written exercise books from the early 1900s, Sunday School prizes and concert programmes and of course lots and lots of photographs. If you were brought up in Horwich there must be something in the wealth of material we have collected that connects with you and that you can relate to.

We look forward to bringing your memories alive! 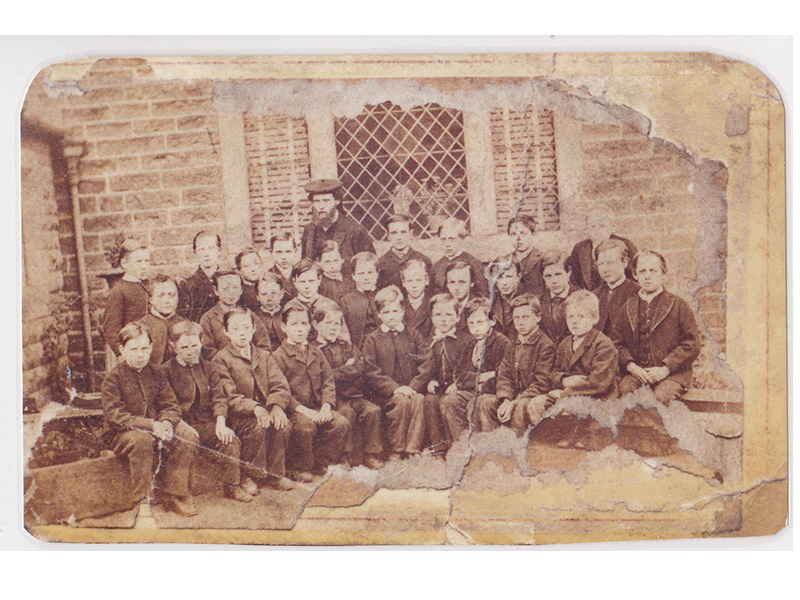 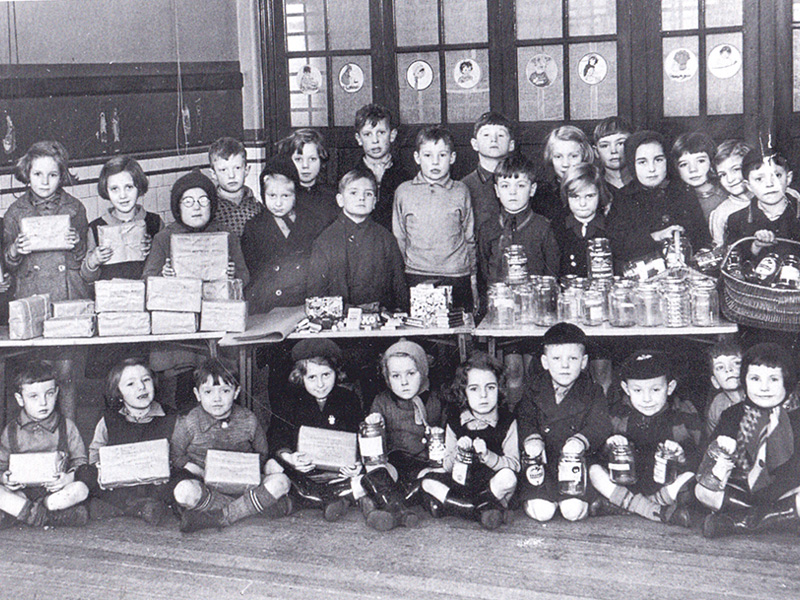 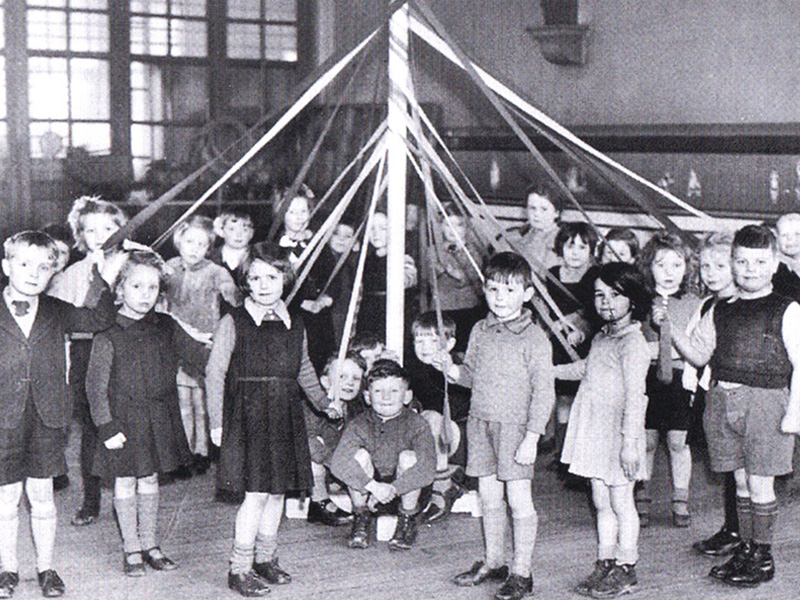 Dancing round the maypole at Lord Street School in 1944. 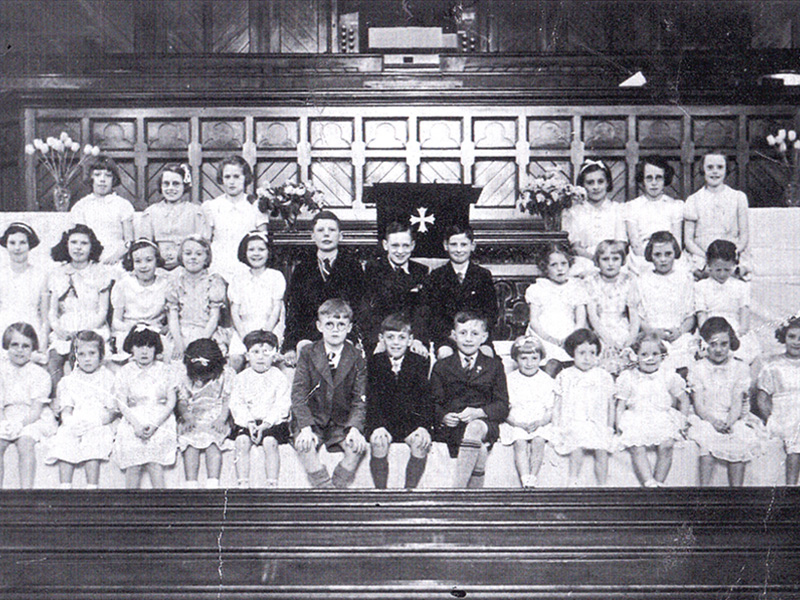 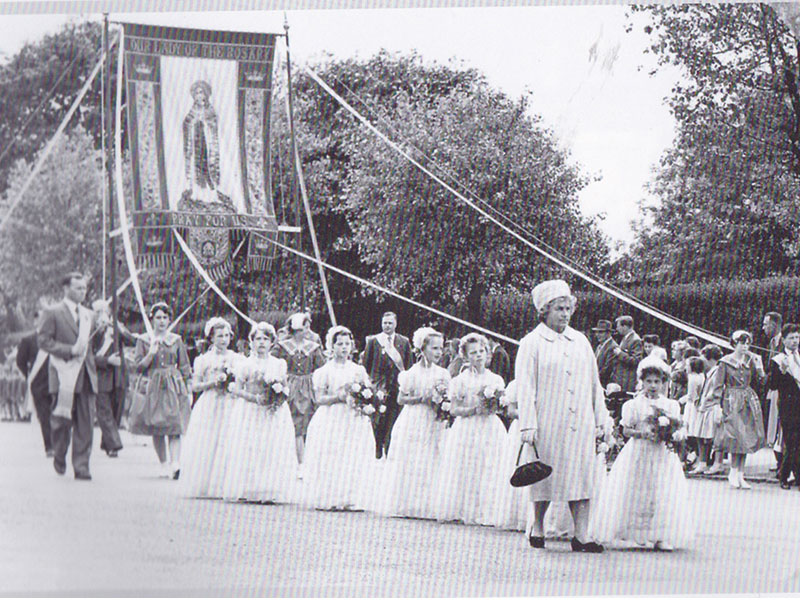 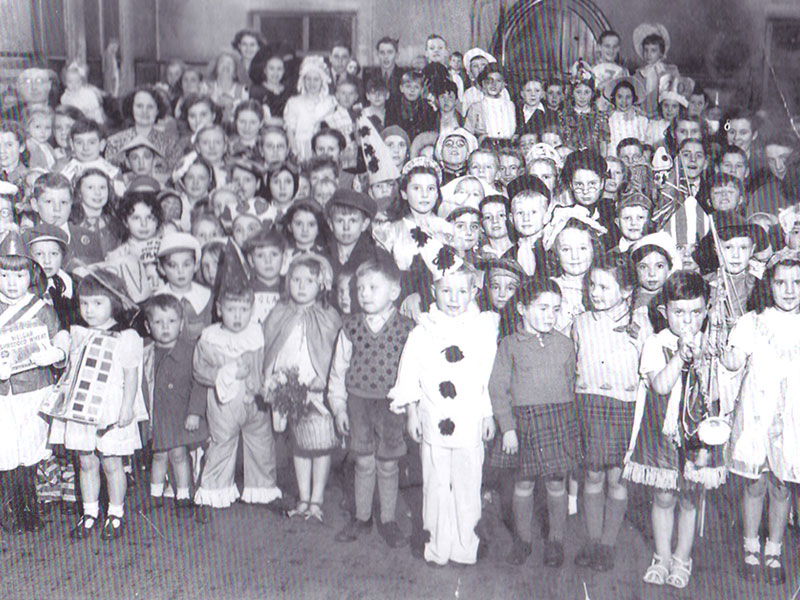 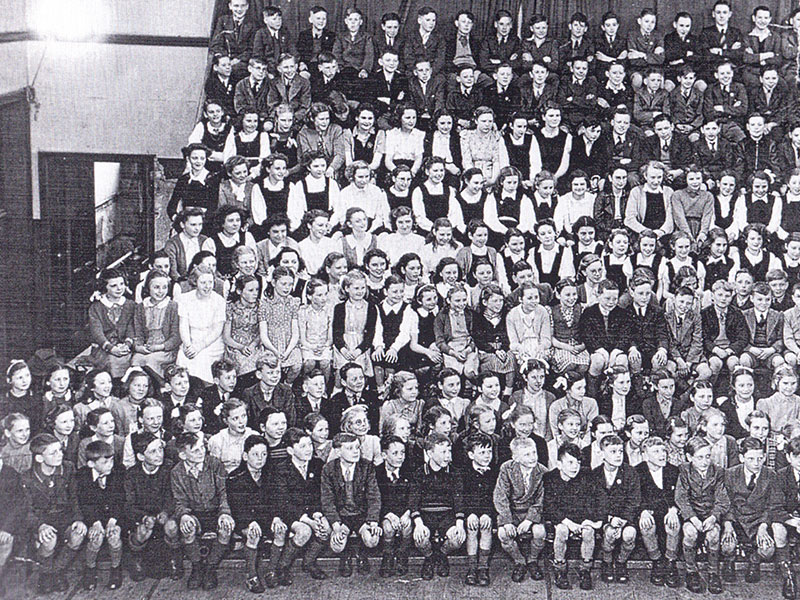 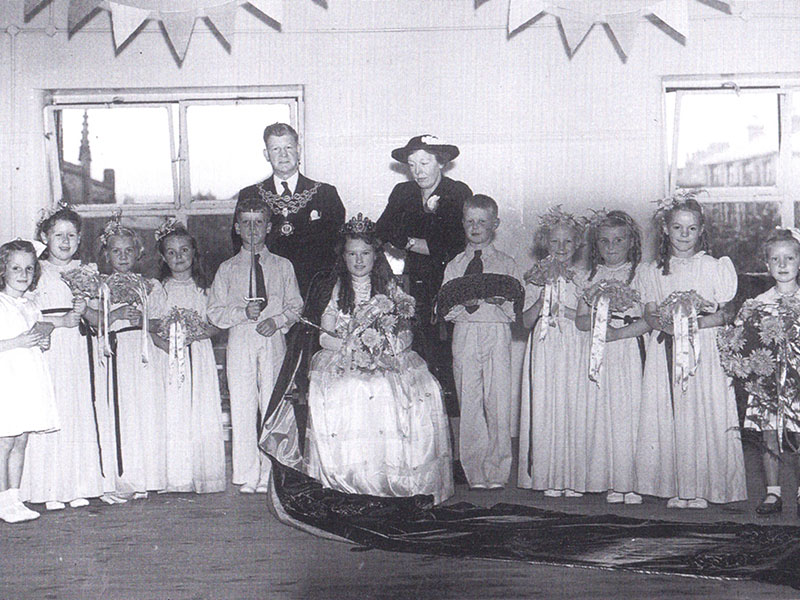 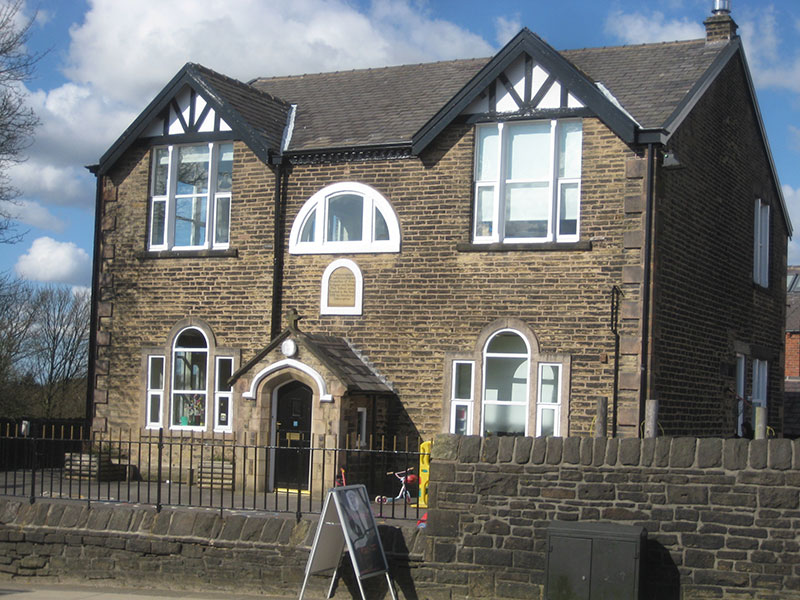 The oldest school in Horwich (Horwich Parish 1793) which is now the Playcare Children's Nursery.

All Open Days Are
ADMISSION FREE

Membership: £10 per annum
Non-Members: £2 per meeeting

This year's programme is turning out to be another good one and the leaflet with the list of speakers & Open Days for 2020 is now available from the Heritage Centre. Please renew your membership now. If you are not a member why not join? Only £10 for 11 talks.

HORWICH HERITAGE CENTRE is open every weekday 2- 4pm & Saturdays 10 - 12.30pm. It has a shop, shows and sells films about Horwich and has a range of professional exhibitions and displays to delight all the family. Help is also available for family history and other research. ADMISSION IS FREE!